Enjoy the unique tranquillity of Shanklin Chine, the Isle of Wight's oldest tourist attraction, which first opened in 1817. This famous leafy gorge is much loved by poets, artists and writers. The winding woodland, with its steep sides is a magical place

Nature Hide
Visit the hide with live action from the squirrels' feeding station.

Evening Magic
The Chine is illuminated after dusk during the summer season.

Heritage Centre:
There is a permanent display to PLUTO (Pipe Line Under The Ocean). The video and display show the fascinating story of how the pipeline carried petrol to the Allied troops in Normandy. New material has been added for this year including a new storyboard commemorating the End of World War II – Victory ’45.

At the Chine's lower entrance is the memorial to 40 Royal Marine Commando who trained here during the war in preparation for the Dieppe raid of 1942. New this year is the story behind the Dieppe Raid and the part played by 40 RMC.
The Association's final Service of Remembrance was held in April 2012, with the Standard laid up in the Heritage Centre alongside the history of the Association. 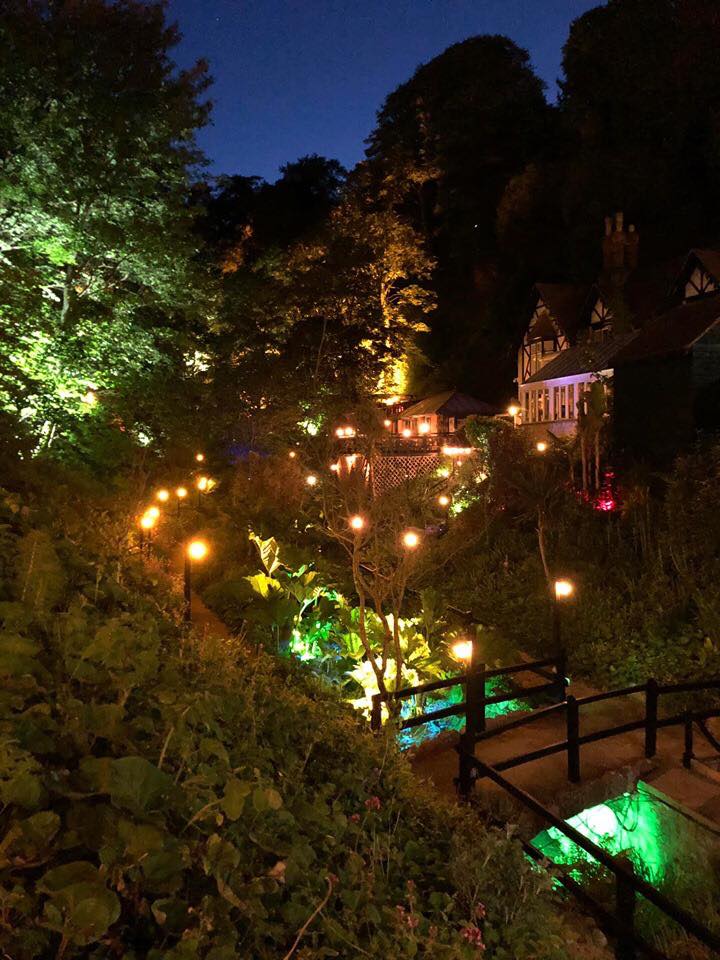 Come and enjoy our evening Illuminations which will be switched on from approximately 4pm or as dusk approaches, every night. The Chine is transformed into a place of magic and enchantment with hundreds of lights illuminating the narrow paths, streams and waterfalls held within. Usual entry fees apply.