As soon as you think of the Isle of Wight the iconic image of the world famous chairlift taking you to see the needles rocks and coloured sands spring to mind.

The Islands most famous landmark attraction has so much more to enjoy than the stunning views it is a destination not to be missed.

The range of attractions includes the spectacular chairlift ride to the beach and the sand cliffs. At the sand shop visitors can make there own unique coloured sand souvenir.

4D Cinema Experience: Family cinema that brings you an extra dimension in thrills! Imagine being drawn into an exciting world where everything you see is in 3D, everything you hear is in powerful surround sound and the 4th dimension lets you feel the action as it happens on screen.

Alum Bay Glass is educational as well as fun. Visitors can watch the fascinating art of glass blowing and see craftsmen make a variety of crafted glassware.

There is a variety of children’s attractions including a traditional Victorian carousel, Spins and Needles Tea Cup ride and not to mention the Games Kiosk which includes tin can alley and hook a duck. You even win a prize every time!

Our prehistoric adventure Jurassic Golf features a 9 hole course with some 3 and 4 par holes all beautifully set off by imaginative water features and story boards depicting 9 different dinosaur species.

Entry to The Needles is completely free of charge and you only pay to park your car during the main season, but if you’re visiting between April and October then our supersaver tickets represent superb value for money.

The Needles is open all year round from 10am until 4pm, with later opening hours during the summer months and on special event dates, such as Magic in the Skies during July and August.

Our family attractions cease operating during the winter months between November and March, although the site remains open with a selection of catering and retail outlets, as well as Alum Bay Glass blowing demonstrations, operating between 10:00am and 4:00pm. 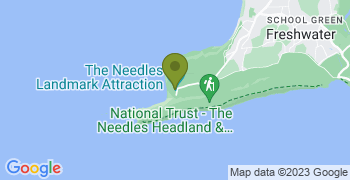