Welcome to the Kings Arms Theatre Pub. Guaranteed, we are much more than your average boozer.

Welcome to the Kings Arms Theatre Pub. Guaranteed, we are much more than your average boozer.

Based in Manchester City Centre, we are situated just off Chapel Street which is 100 metres away from Salford Central Station and a 10 minute walk from Deansgate.

We host a variety of arts at our venue including music gigs, stand up comedy, plays and theatre workshops. Additionally, we cater for birthdays, weddings and any other reason to throw a celebration!

“Britain’s most bohemian back-street boozer, the Kings Arms, comprises several artist-maker studios and a top-floor events space which is home to theatre collective, Studio Salford, and also used for left-field music and film events… It is a friendly, unpretentious nucleus of activity, well worth the short walk from Manchester city centre. Even if you just want a pint.”
The Guardian

“This is a real gem, an alco-pop-free zone sitting pretty in the no-man’s-land between Manchester and Salford (it’s an easy stroll from the City Centre)… In the snug you can join The Knitting Club, whilst the fantastic vaulted room upstairs hosts regular band nights and plays. All told, it’s hard to fault this pub – even the jukebox has won awards.”
Time Out Shortlist Manchester

Pop down to the Kings for a beer in the bar, a snifter in the snug, a get together in the garden or just head upstairs for the best in entertainment. Make sure to follow us on social media for updated events and activities that you can get involved in @kingsarmssalford. 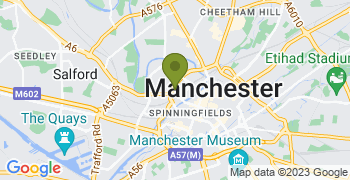