Salford City is a city and metropolitan borough of Greater Manchester.

Salford includes some great towns and villages including Eccles, Worsley, Swinton, Walkden, MediaCity UK, Monton, Little Hulton, and Irlam. Salford is a city constantly changing and moving into an exciting future as a thriving cultural, economic and residential location.

The city is a mixture of the urban buzz of MediaCity to the greenbelt tranquility of Worsley. Salfor dis also home to some world class attractions such as The Lowry, with the largest free collection of L S Lowry's work, Imperial War Museum North, the BBC, ITV and Coronation Street along with many theatres, galleries and boutique shops and restaurants.

Salford is home to some wonderful independent shops, restaurants, bars and cafes, along with some fantastic local services from health and beauty treats to local artisans and crafters

Discover local events and organise your own. Connect with nearby businesses and get special discounts. Or access the Salford Directory for all the essential information you need.

Volunteer in your neighbourhood and share your own skills with those in your community. Never miss out on what’s happening in your area. Get involved, and make a difference. 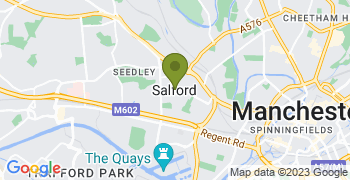