Ordsall Hall is a magnificent half timbered Hall in Salford, recently reopened to the public

Ordsall Hall is a historic house museum and garden, wedding and meeting venue dating back over 820 years. We are near to Salford Quays and Manchester City Centre and are open to visit from Monday - Thursday and Sunday afternoons.

Throughout history the Hall has been put to many uses - a family home, working men's club and church hall. The most important period of its life is undoubtedly as the family seat of the Radclyffe family who resided here for over 300 of those years

Every self-respecting Tudor manor house of distinction has at least one ghost - and Ordsall Hall is no exception...
Many tales surround the Hall and its ghostly inhabitants but there are several which come up time and time again:

The White Lady
We don't know exactly who this enigmatic figure in white is, but most say that she is the spirit of Lady Margaret Radclyffe, who died, broken hearted, in 1599 after the death of her beloved brother Alexander.

Cecily
A young girl is said to roam the Hall - especially when there are children and school parties around. It is said that you can tell she is there by the sweet smell of roses in the air.

Sir John Radclyffe
Said to inhabit the Star Chamber - this former Lord of the Manor is said to be very keen on the ladies! Female visitors have reported his rather boid advances on many occasions. 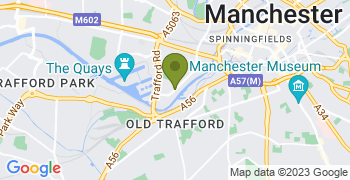