Heaton Park is a municipal park in Manchester, England, covering an area of over 600 acres. The park includes the grounds of a Grade I listed, neoclassical 18th century country house, Heaton Hall.

Heaton Park is a municipal park in Manchester, England, covering an area of over 600 acres. The park includes the grounds of a Grade I listed, neoclassical 18th century country house, Heaton Hall.

The park was renovated as part of a millennium project partnership between the Heritage Lottery Fund and Manchester City Council at a cost of over £10 million. It contains an 18-hole golf course, a boating lake, an animal farm, a pitch and putt course, a golf driving range, woodlands, ornamental gardens, an observatory, an adventure playground, a Papal monument and a volunteer-run tram system and museum, and is listed Grade II by Historic England.

History of the park
Between the mid 17th and the beginning of the 20th century just two families owned the Heaton estate.

It passed down through the Holland family until Elizabeth Holland, the last member of the family line, married Sir John Egerton in 1684.

In 1772 Sir Thomas Egerton built Heaton Hall as a new home for himself designed by James Wyatt. Wyatt also designed some of the other buildings around the park.

Sir Thomas also employed William Eames, to create a landscape to show off his new mansion. This was reworked in the early 19th century by John Webb.

Heaton Park remained in the Egerton family until 1902 when the 5th Earl of Wilton sold it to the Manchester Corporation for £230,000. The Corporation provided many public facilities and it quickly became a popular park.

At the end of the 20th century the park was restored in partnership with the Heritage Lottery Fund We were able to recreate the Eames and Webb landscape around the Hall and to restore four of the Wyatt designed listed buildings.
Heaton Park is listed Grade two on the English Heritage Register of Parks and there are nine listed structures in the park.

Open 8am to dusk every day, we are the biggest and best park in the North West. 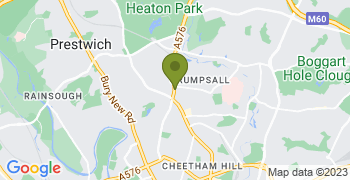