About 4 miles south-west of Manchester is Chorlton a suburban area packed with some great independent shops, bars and cafes.

About 4 miles south-west of Manchester is Chorlton a suburban area packed with some great independent shops, bars and cafes.

Chorlton was originally a village on Lancashire's southern border with Cheshire and a township of the old Manchester parish it was not incorporated into the city of Manchester until 1904. The areas eastern boundary has changed since the 19th century with incorporation into the City of Manchester and division into wards.

Places of interest: Chorlton Library, built in 1914 and designed by Manchester City Council architect Henry Price. The library was built thanks to a donation of £5000 from steel magnate and philanthropist Andrew Carnegie, one of about 3000 Carnegie libraries around the world. The single-story flat-roofed building is constructed of red brick dressed with Portland stone, and is of Edwardian Baroque design.

These days Chorlton is a popular choice for the young and old and boasts a host of indi shops, cafes, pubs and restaurants in and around the main areas of Chorlton Cross and along Beech road. At night Chorlton comes alive with live music, bustling bars and host of places offering amazing food, craft beers and great atmospheres. 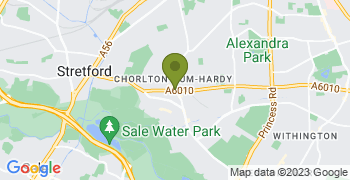